Vincent Pompetti is an italian artist born in Liège, Belgium, originally from Pineto and Atri, in the Abruzzo region of Italy.

He graduated from the St. Luc Institute of Fine Arts in 1998 with a specialization in graphic novels. Two years later he authored and published his first graphic novel with Glénat called Planète Divine, leading to a collaboration with the scenarist and graffiti specialist Tarek. From that collaboration resulted several significant works including Sir Arthur Benton, and more recently The Gallic Wars and the pirate story, The Malouin. Both artists have invested in the independent publisher Tartamudo, with José Jover, and created the artist association known as Pegasus. Vincent collaborates with the Urban Art Magazine “Paris Tonkar”, and simultaneously develops his career in painting and illustration, having exhibited his art in Switzerland, Canada, Italy, and mainly in France.

In 2012, with Tarek, Vincent began a pictorial adaptation of The Gallic Wars based on the texts by Julius Caesar, with the second part released in 2014 at a national exposition in Clermont-Ferrand and other historic sites around France., including the Saint-Romain-en-Gal museum of archaeology close to Lyon, France. 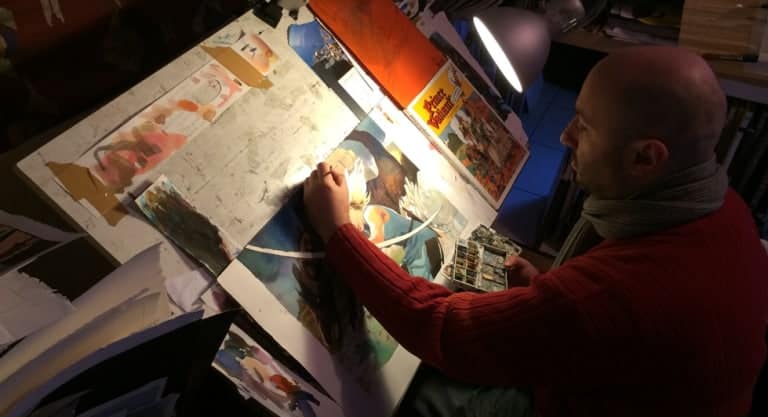