Saint-Malo – Home of the King’s Corsairs

Excerpt from The Corsair, by Vincent Pompetti and Tarek Ben Yakhlef Founded by Gauls in the first century BC, the Breton port of Saint-Malo was home to the King of France’s Corsairs for more than two centuries. Benefiting from exceptional geography, it was considerably enriched by the development of trade after the discovery of the New World. Many shipowners settled there and became very powerful, to the point of having inclinations of independence from France on several occasions … The Saint-Malo sailors would increase the reputation of this city following their exploits.
The first of them was undoubtedly Jacques Cartier, who had been instructed by Francis I to seek out, north of the New World, a passage to Asia. During the three voyages he made between 1534 and 1542, the Saint-Malo navigator did not discover that passage, but instead went up the St. Lawrence River, discovering Montreal and Quebec, and meeting Algonquians and Iroquois with whom he established cordial relations. He took possession of the land in the name of the King of France and named it Canada. Privateers such as Duguay-Trouin or Surcouf ended up giving this city a special soul and a romantic allure, which many authors and filmmakers have adopted in their works. Others distinguished themselves in science, like Maupertuis, or in letters and politics like Chateaubriand … The quality of Saint-Malo seafarers was recognized around the world and, to honor them, islands off the coast of Argentina were named Les Malouines (The Falklands in English) because many Saint-Malo crews stopped over before the passage of Cape Horn. 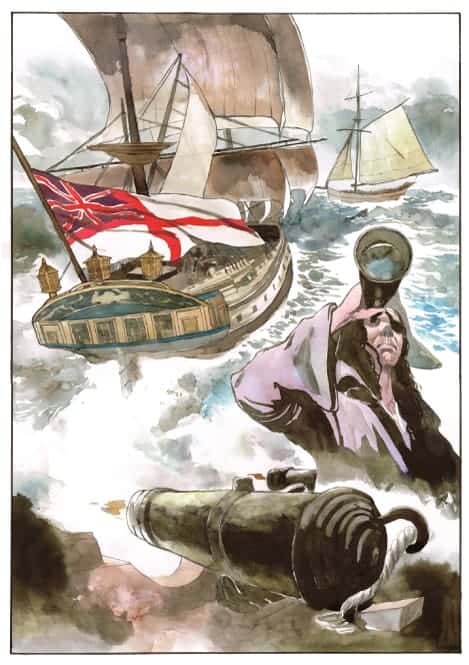 The Malouin, painting by Vincent Pompetti 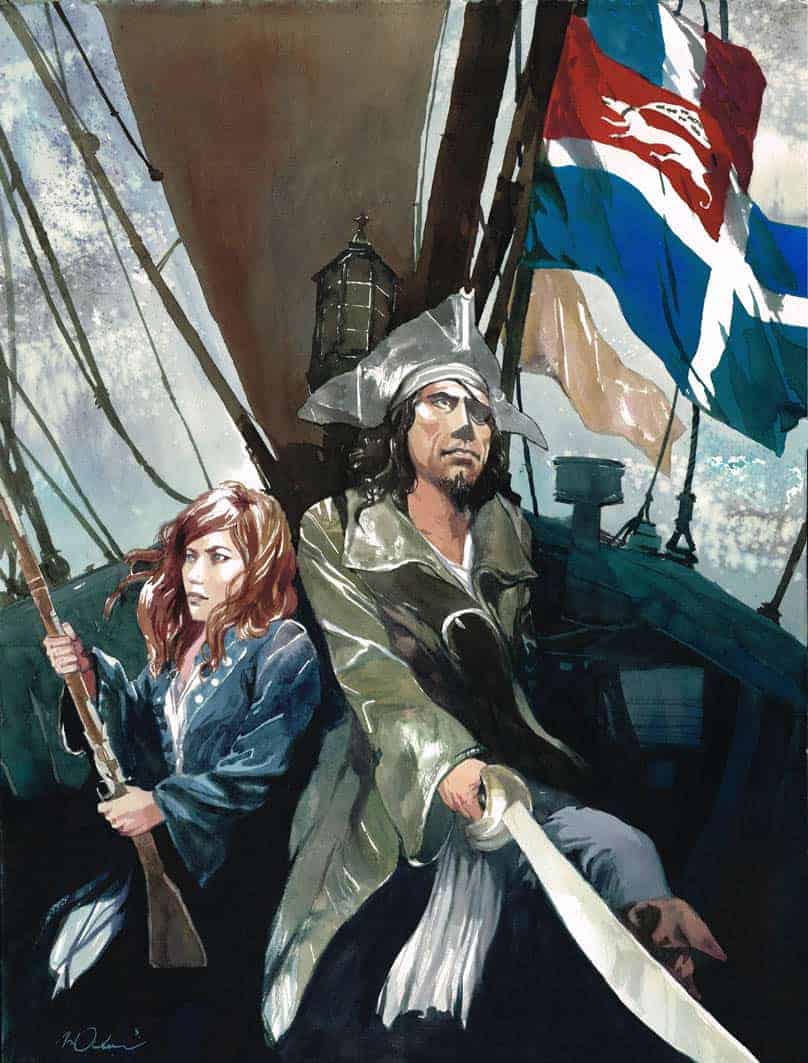 Saint-Malo was also an active privateer port, specializing in naval warfare against English and Dutch vessels that crossed the Channel. While the French East Indies Company was being founded in 1664, and again after the inauguration of the French port of Lorient, the Saint-Malo shipowners armed their merchant ships to ensure the protection of the royal fleet. At sea, they were feared by all crews. In 1693, being unable to defeat the Saint-Malo privateers at sea, the English decided to destroy the port of Saint-Malo. Towards the end of the 17th century, the Saint-Malo sailors began to take an interest in trade in the southern seas: Jacques Gouin de Beauchêne, captain of the Phelypeaux, sailed in the Strait of Magellan in 1699. The expedition of Alain Porée, Joseph Trublet and Jean-Baptiste Bécard left Saint-Malo on August 25, 1703, destined for the Spanish colonies in South America and was the first French expedition to pass Cape Horn in the opposite direction, from east to west. These great expeditions also led to the attack on Rio de Janeiro in 1711 by the squadron of Duguay-Trouin, and the Moka expedition, which returned with precious coffee from Yemen. The great shipowners of the city, Noël Danycan, François-Auguste Magon de la Lande or Luc Magon de la Balue were joined by the Irish privateer Phillip Walsh, whose sons settled in Nantes where they founded the Antoine Walsh dynasty, specializing in the slave trade.
In the eighteenth century, rivalry with the other ports of the kingdom would undermine the city, which declined until the twentieth century … The heyday of the port ended at the French Revolution, which was not kind to it, even if the port continued to develop thanks to fishing in Newfoundland. During the Second World War, the city was particularly devastated by American bombing in 1944. Almost entirely rebuilt to its original state after the war, it was able to rise from the ashes … 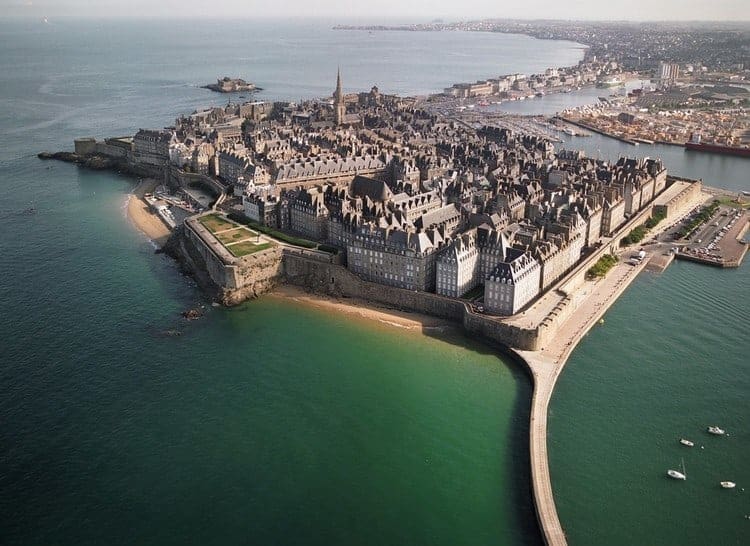